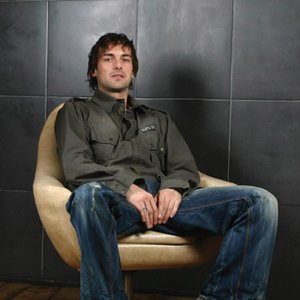 John Graham began music production in the early 1990s. Originally, he produced and released several tunes under the name Globe before releasing several darkside jungle singles under the name Skanna. Under the alias of “Quivver”, he released “Saxy Lady” and “Twist & Shout” on A&M Records Lt. UK. Again under the Quivver name he released “Believe in Me” on Perfecto Records. Later, he joined Parks & Wilson as part of Tilt, who produced the top 20 hit “Invisible”.

In 1999, Graham left Tilt to pursue a solo career. As Space Manoeuvres with Lea Kenny, he released the popular “Stage One” on Hooj Choons. Graham readopted his “Quivver” moniker to produce “One Last Time” and “She Does” on VC Recordings, a sublabel of Virgin Records. In 2001, he became a resident DJ at Twilo and released Transport 5, the fifth entry in the Tranceport series on Kinetic Records. The next year he produced the follow-up to “Stage One” with “Pluto Disko” under the name Space Manoeuvres. He also founded his own record label, Boz Boz Recordings, in 2003 as part of parent label Trust the DJ Records. In 2004, Boz Boz released Graham’s single “Space Manoeuvres Part 3” under Quivver. The next year, Graham released his first album Oid on Lost Language under the moniker Space Manoeuvres. In 2005 he takes part for the Planet Funk album as vocal member.

In 2006, Graham appeared on progressive house/breaks act Hybrid third LP, I Choose Noise as a vocalist. Graham has also toured with the group as a semipermanent vocalist, along with Charlotte James.

In 2008, Graham’s album under the Quivver name, Dirty Nails & Vapour Trails was released on Critical Rhythms.